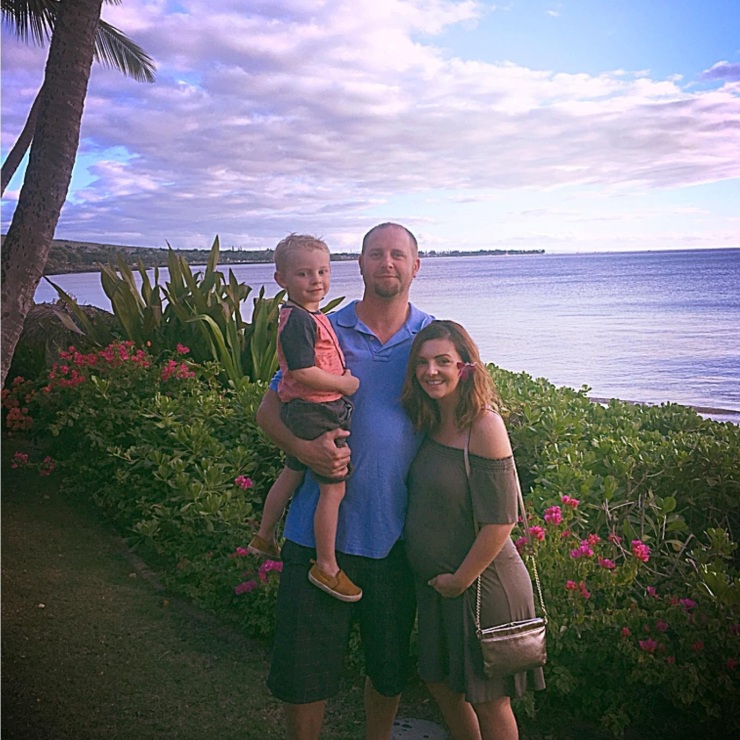 This December our family of three, soon to be family of four, embarked on a 10 day Babymoon to Maui. At 31 weeks pregnant I was a little hesitant I would enjoy myself, but boy was I wrong.

I knew this would be the last trip my family would take as a family of three, and I wanted to make it a good one, where we could enjoy one another’s company uninterrupted before the new baby came. We chose Maui, specifically Kaanapali, because my husband and I know the area. I had been there when I was 15 with family, and my husband and I honeymooned there five years previous. It was a no brainer. We would stay on the the beach where most things were walking distance including food and activities. When traveling with a toddler, ease of access for food is key. 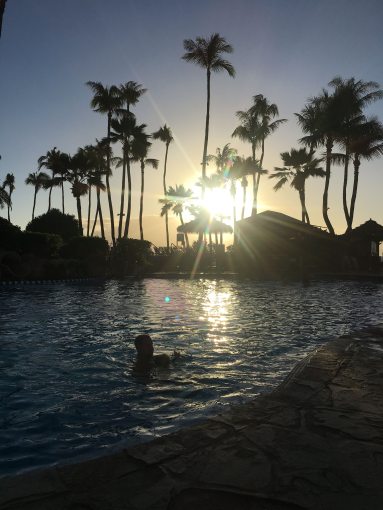 Traveling with a toddler:

This was our first time flying with our son(three) so I was a little nervous as to how a five hour flight would go. We live in a rural community so we traveled by car for four hours and then a flight for five hours. We broke it up in two days. To prepare our son for his flight, we checked out books from the library about kids flying. This gave him an idea about what to expect on the flight. We also made a special trip to Target. I took him to the dollar spot and let him choose about 10 items that would be special for the plane. Also, snacks-you can’t forget snacks. Toddlers thrive off of snacks. Last, but not least, was the Ipad. We pre-downloaded shows and a car game for him to play once the excitement of games and snacks wore off. Now, I am not one to promote kids and tablets, but I let it slide for the flight. I loaded up his backpack with these items and up, up, and away we went. It went really well, and all my fears were quickly dissolved. Luckily, he was intrigued by the stewardess going up and down the aisle bringing snacks and drinks. Because he was three at the time ,we had to purchase his own seat. We played a little of musical chairs to peak his interest and walk up and down the isle every hour or so. We landed in Maui drowsy and ready for beach life. 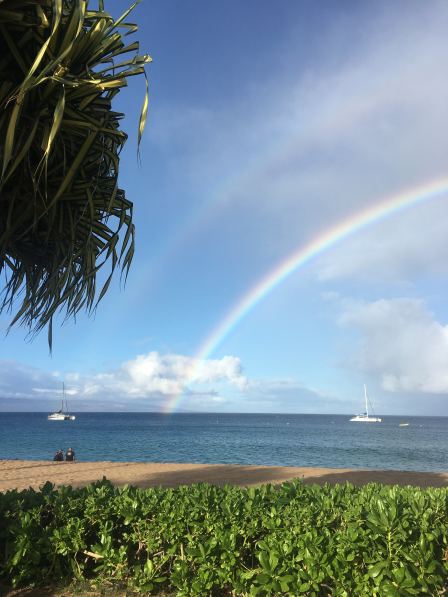 I had never flown pregnant and was concerned about radiation, circulation, and all the other -ations I could google and ponder. My doctor wrote me a note to fly and told me to get up every hour on the flight to walk up and down the isles. She also encouraged me to drink as much water as possible. The two days before we left, I started guzzling. “Everyday I’m guzzling!” was my motto. I was not about to start my trip dehydrated and in the hospital on my Hawaiian vacation. I’m glad I did, because even though I was thoroughly conscious of my water intake, I was still parched when we arrived. I purchased a pair of compression socks that I never ended up wearing.  You are exposed to some radiation while flying, but my doctor assured me it would be alright. Also, going through TSA, I opted for the metal detector instead of a body scanner. To each his own. I found riding in the car to be the hardest part and having to take an afternoon nap with the toddler due to morning swims. Overall, I would do it again eight months pregnant. I even saw quite a few other babymooners in Hawaii enjoying their mocktails and floating in the pool. I would give the nod of “You go girl” and float on. Something else I was self-conscious about was my body. Now, I brought a couple of options for swimwear. My plan was to start out with the one piece, black maternity swim suit, and then transition to the bikini after a few days of sun. I ended up seeing a couple of other preggos around the pool in bikinis and let it all hang out. The belly got some much-needed sun after all. So, if you are contemplating travel while in late pregnancy, I say go for it and just try to relax.

The Westin Maui Resort and Spa

We stayed at the Westin Maui Resort and Spa for 10 days. Travel to Maui is not cheap. We booked our trip through Costco. It made it simple. I booked about a year in advance for the best price. Costco allowed us to choose airfare, hotel, food, and activities all in one package. We chose the Westin Resort and Spa because of it’s central location on Kannapali Beach. Being eight months pregnant, I wanted to be able to walk-just not too far. Kaanapali Beach has a couple of miles of pathway that follows along the beach. It makes access to restaurants, other resorts, and activities walkable. Every morning my son and I would go for a walk and get some tea and snack. The quiet mornings are filled with runners and other moms entertaining their littles early in the morning. You also have an excellent view of the ocean as soon as you leave your hotel room. The second reason we chose the Westin was for its pools. Our son loves to swim and we knew we would be spending most of our time by the pool. Now if you are going kid-free or are hesitant to be around kids, they have an adult only pool and bar as well. The pools have water slides and drink side service. All convenient for traveling with kids. Speaking of kids, Kaanapali is very kid friendly. There are tons of young families out and about.

The hotel room was a standard hotel room. Nothing fancy, but it was clean and suited us well during our time. The hotel itself was undergoing construction. This was more of an eye sore than anything else. We did not hear much while we were there, except during breakfast occasionally, and it did not interfere with our stay.

Costco is a must if you are traveling with family. The first stop was Costco after we got off the flight. We picked up mostly snacks and alcohol. The things that would get us between meals and not blow up the bar bill(with all my mocktails) while we were there. Those $15 Mai Tai’s can add up. They also have Macadamia nut packages that come in handy if you are taking gifts back to the mainland.

Breakfast-We paid for a buffet breakfast with our stay. It was very convenient in that it was one last place I had to think about where to find food for a toddler, and I knew there would be an array of food choices. This came with our hotel stay and I recommend it if you have little ones. It did get a little redundant at about day six, but it was nice to have fruit and protein choices. I would stuff as much food into everyone during that meal, because swimming makes you hungry.

Lunch- Lunch was hit or miss. By the time we were done swimming in the morning, it was time for little one to and mommy to nap. Sometimes I would get some snacks into us or a subway sandwich, and sometimes we would skip it after the big breakfast. Whaler’s Village next to the Westin had some lunchie options that we used if we were hungry.

Dinner- There are restaurants along Kaanapali, but they are pretty touristy and not all that great. We ventured again to Whaler’s Village three times for dinner. My favorite was Monkeypod and husbands was Leilani’s for dinner. There is an Ono Gelato next door and that was so yummy. We all enjoyed that. I encourage you to do some research on restaurants before you go so you can have an idea of where to go. Lahaina is about 10 minutes away. We ate at Cheeseburger in Paradise per my request, Aloha Mix Plate, and Miso Phat. All were good and I would recommend again. A lot of restaurants tell you that it will be a 30 minute wait. We found that if we just waited, it was about 15 min. without a reservation everywhere. Also, I recommend a reservation if possible because everywhere is busy. 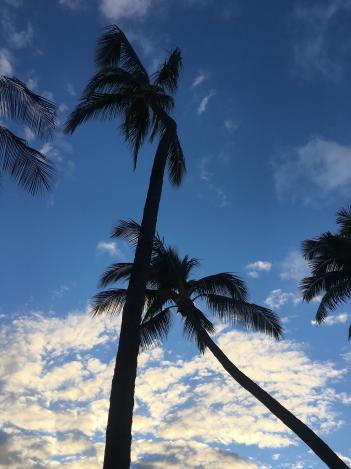